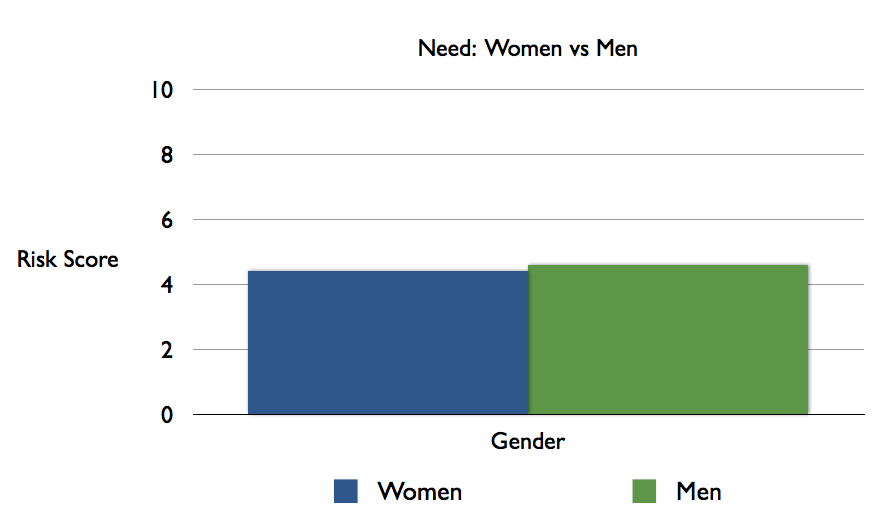 When it comes to risk it’s assumed that men generally like taking more risk than women. Some call it biology others believe it’s simple male bravado. Regardless of the reason these assumptions should be challenged and conclusions drawn based on fact.

Once we have these conclusions we can begin to think about risk profiling from a gender perspective (if the data warrants it). Its naive to assume there are no differences between women and men and perhaps we can give better advice if we recognise these differences. However, before we go down that rabbit hole let’s first find out if there really is any meaningful disparity.

To discover people’s capacity for loss we asked them three questions covering their current income, expected future income and how they would react if they suffered losses. Given a series of multiple-choice answers we scored the results from 0-10. 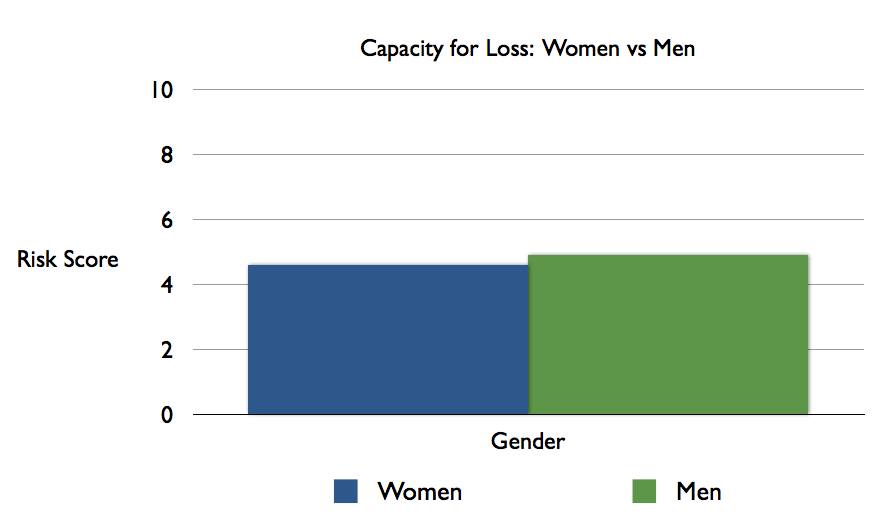 According to our survey women have a slightly lower capacity for loss compared to men. 4.6 vs 4.9 (out of 10). Since capacity for loss is often a product of income (and women on average earn less than men) this is not a surprise.  However, given that the average woman earns 15% less than her male counterpart (for the same job) you might have expected women to average out a bit less at 4.2 (15% off 4.9).

This is not the case, maybe because women have fewer expenses than men but that’s just conjecture. What is clear from our survey is that there is very little difference between women and men when it comes to their capacity for loss.

To discover the differences between women and men when it came to risk tolerance we asked 15 questions drawn from the Pocket Risk questionnaire. Again we had a series of multiple-choice options, which we scored from 0-10. 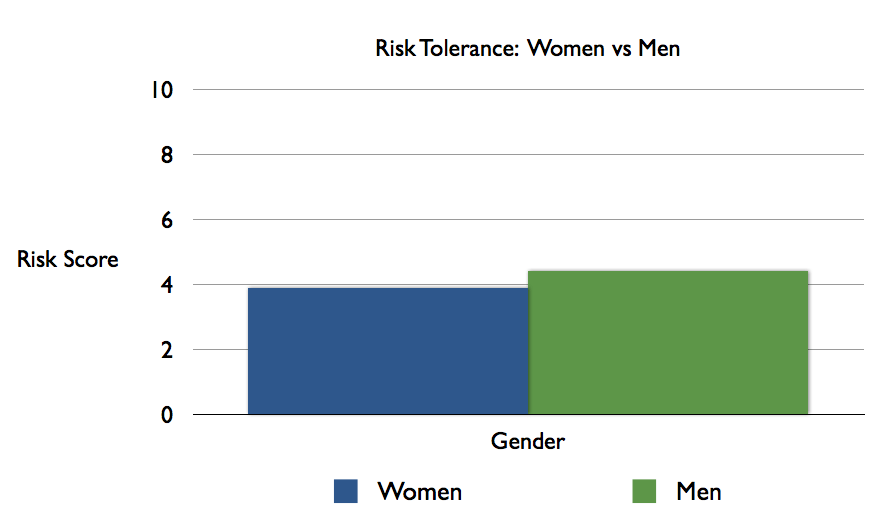 This time the difference between women and men was clearer. On average women have a lower risk tolerance than men 3.9 to 4.4 (out of 10). Trying to explain why there is this difference is troublesome. The financial advisers I speak to inform me, that men don’t want to appear cowardly when completing risk profiling questionnaires. They answer what they think they should feel rather than what they actually feel. If this is the case then it is reflected in the data.

Finally we asked one question on a person’s need to take financial risk. A single question could never be definitive but we added it in to see what we could learn. Again we had a multiple-choice question, which we scored from 0-10.

Women and men scored similarly, 4.4 vs 4.6 (out of 10) with men being slightly ahead. Why do men feel like they need to take more financial risk when on average they live less than women? It could be that they see themselves as the provider of the family and want to take more risk to ensure their families are well taken of in the future. A deeper survey that looks at long term life goals and male psychology might hope to solve this puzzle.

Conclusion: Should Men and Women have Different Risk Profiling Questions?

The survey results are clear. Men have a higher propensity for risk than women. Quite interesting however, the biggest difference is in attitude rather than capacity for loss or need. Therefore, it’s the psychology of men rather than how much money they have or how much risk they need to take that sets them apart from women. It’s all in the brain. So what action can we take with this insight?

Firstly, we can’t start generalising male and female traits. The data above is based on averages and each individual has a different case. I don’t believe we can start asking women and men different questions. However, given the tendency of bravado to appear in men, you should closely examine their answers to ensure they get an accurate reflection of their clients’ true risk profile. Software for all its graces cannot pick up on all the nuances of human communication.