22 Oct A Response: A Better Way To Measure Risk Tolerance 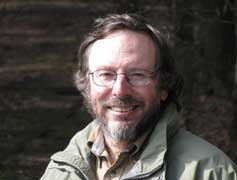 I recently read an excellent article by Joe Tomlinson of Tomlinson Financial Planning titled “A Better Way To Measure Risk Tolerance”. The article criticizes some of the existing risk tolerance questionnaires that financial advisors use. However, unlike most critiques he actually gave suggestions of how the industry can move forward. Specifically he stated questionnaires need to “anticipate how the client will react emotionally to the inevitable stresses that occur in the course of all financial plans“.

While building Pocket Risk I’ve spoken to 78 financial advisors across the country and the most common demand regarding risk tolerance questionnaires was the ability to understand how a client would react during a downturn. I heard innumerable stories of clients who seemingly had a high risk tolerance before the financial crisis but bailed when things got tough. Advisors want to anticipate the behavior of their clients so they can coach them and recommend  appropriate portfolios.

Below is a look at Joe’s criticisms and how we have addressed them in the Pocket Risk questionnaire.

Joe talks about the importance of emotion in financial decision making and how the person going through a downturn could be completely different from the cold and “rational” individual who completed the questionnaire in the past. A Dr Jekyll and Mr Hyde effect.

In our questionnaire we’ve tried to stimulate emotion in a number of ways. For example in question #3 below…

If a similar event were to occur again in your lifetime, what would you do with your investment?

What we are doing here to stimulate emotion is to talk about dollar amounts not just cold percentages. Additionally, the 2008 crisis is an emotional event for many  in the recent past and we are attempting to stir emotions as they answer this question. It would not have the same effect if we talked about the crash of 1929. Perhaps we could have done more by asking people what they actually did in 2008 but not everyone was invested in the market so that question would not apply to everyone.

In his article Joe cites research from Michael Finke and how loss aversion can be a good predictor of a client’s risk tolerance. In Joe’s words “Respondents who tended to focus more on potential losses rather than potential gains from taking investment risk showed more propensity to bail out in down markets.” At Pocket Risk we agree with this analysis and thus included the following question…

As you can see it gets right to the heart of the issue of whether a client is more interested in gains or avoiding losses. We also include a question regarding a client’s wishes to keep up with inflation or surpass it.

Joe moves on to talk about the experience he had with his clients and how the  those “whose confidence was rooted in the belief that the stock market would be a good investment over the long term and that losses would typically set the stage for later gains were mostly able to weather the storms“. Again we’ve tried find these individuals through a number of questions. Here is an example…

To what extent do you agree with the statement “I am willing to maintain my investment during long periods of underperformance.”

The 2.2% return from 2001 to 2010 was abysmal. The the majority of people who would continue to stay the course during such a period of underperformance are most likely to be stock market believers. When we tested this question with a sample of Americans we found it to be a good predictor of risk tolerance.

At various points throughout the article Joe makes some important observations. Such as how an IPS (Investment Policy Statement) can help clients through downturns or how new applications of brain science can improve the level of questioning. He then goes on to make a very important point that risk tolerance and risk capacity are different constructs and should not be muddled into one approach. We totally agree. Our focus is on risk tolerance and we believe our tool solves many of the problems Joe outlined in his article.

Posted at 09:08h in Advisor Resources, Questionnaire by admin